The Guild 3 is a fascinating trade and life simulation that takes place during the late Middle Ages. Step into the shoes of a citizen, acquire businesses and mansions, produce goods and trade them, start intrigues in politics and society, love, hate, bribe, fight and live through good and bad times!

We find ourselves in middle Europe of the year 1400. The dark middle ages, once dominated through nobles and clergy, ends and a new era begins: the age of the free cities of trading and of the free mind! In The Guild 3 you create a family dynasty which can last for centuries. While the world around you and your dynasty rearrange itself again and again – all non-player figures make their own decisions – you have to prove your skills in handicrafts and trading, at social occasion and finally in politics and in malicious intrigues. 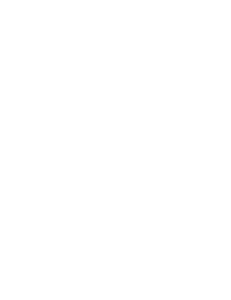 Lighting the way. In purple.

We use cookies on our website to give you the most relevant experience by remembering your preferences and repeat visits. By clicking “Accept”, you consent to the use of ALL the cookies.
SettingsONLY NECESSARYACCEPT ALL
Privacy

This website uses cookies to improve your experience while you navigate through the website. Out of these, the cookies that are categorised as necessary are stored on your browser as they are essential for the working of basic functionalities of the website. We might use third-party cookies that help us analyse to understand how you use this website. These cookies will be stored in your browser only with your consent. You have the option to opt-out of these cookies at any time. But opting out of some of these cookies may affect your browsing experience.
Necessary Always Enabled
Necessary cookies are absolutely essential for the website to function properly. This category only includes cookies that ensures basic functionalities and security features of the website. These cookies do not store any personal information.
Non-necessary
Any cookies that may not be particularly necessary for the website to function and is used specifically to collect user personal data via analytics, ads, other embedded contents are termed as non-necessary cookies. It is mandatory to procure user consent prior to running these cookies on your website.
SAVE & ACCEPT